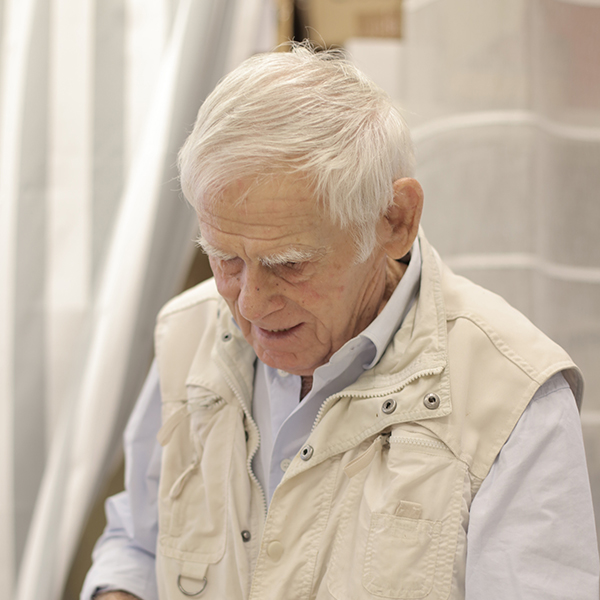 10 Dec “Death Can Protect My Life,” by Paul Menzel, PhD

Posted at 08:15h in Journal by bishop

What I say here is both personal and a hopefully compelling argument. For me, and for countless others, it would be a terrible thing for my life if it were to be capped off by years of severe dementia, even if I would not suffer during them. It may sound odd to say, but in that situation death would protect my life.

My view on this first emerged rather academically in reading heavyweight treatises by two philosophers some twenty years ago.[i] It wasn’t long before those probing assessments of withering life in advanced dementia hit home personally. At the slightest hint of my interest, friends and colleagues who had struggled with their parents’ and other loved ones’ last years would spill out their heartaches.  Meanwhile, my mother-in-law, Geri, fell into the classic paradigm of progressive Alzheimer’s. Her daughters knew clearly what that meant – my god, she’s so lucky to live to 90, yet thereby cursed by greater likelihood of severe dementia. I told myself that were I ever to get to such an advanced stage, I’d just voluntarily stop eating and drinking (VSED) and be gone in a few weeks. From medical journals and an extended personal fasting experience I knew that after several days hunger wouldn’t be much of a challenge, and that thirst, which likely would be, could be managed with good palliative care. But then the realization:  by that stage of my mental deterioration I wouldn’t be sufficiently aware or decisive enough to act on my plan!

Meanwhile, my own mother, in a comprehensive senior home and nearing 90, was diagnosed with “severe diffuse cerebral atrophy” – just “brain aging” we were told, not Alzheimer’s. In the ensuing years, whenever I would accompany her for a walk from her room, we would pass the TV lounge where the residents with severe dementia, much more debilitated than Mom, spent much of their daytimes. Their caregivers were devoted and patient, and they themselves were not, from what I could discern, distressed or suffering. But they were responsive to virtually nothing. I would occasionally sit and observe, trying to size things up.

Then came the real eye-opener. An 84-year-old resident at Mom’s facility took his worsening Alzheimer’s into his own hands. He simply stopped eating and drinking, and died peacefully nine days later.[ii] Daily Jeptha had walked by the same lounge as Mom and I did, and some of his close family members had died with severe dementia. Discerning that he was fast approaching the end of his ability to avoid this fate, he acted. When his caregiver arrived one day to take him to breakfast, he pointedly shook his head, tightly zipped his lips, and did not eat thereafter.

The facility did not press him to relent; they knew him well. From a Quaker prep school during WW II, Jeptha had become a combat Marine. Then in the 1950s, while researching the notorious Prendergast machine in Kansas City, he dodged numerous death threats. In the 1960s, as a school board president in Dayton OH, he firmly led the district’s desegregation, enduring voluminous hate mail and the shooting of a colleague. Calm, forthright, persistent, and never ignoring the realities that confronted him, he had always gotten things done. When Jeptha decided to end his life by refusing to eat and drink, neither his wife of 59 years nor his children interpreted his decision as anything but authentic and admirable, reflecting the same core values by which he had lived. For them, as for him, his action did not harbor any lack of gratitude for the life he decided to leave. Precisely the opposite, it was a reflection of his life. By doing this he had preserved his life better than any years of advancing dementia ever would have. The story of his life was coherent.

For Jeptha VSED was “preemptive,” for he undoubtedly sacrificed some remaining desirable years to avoid much worse. The death of my mother-in-law Geri, also from not eating, was different – not remotely preemptive, and without any clear decision-making capacity. For a number of years she had been relatively “content,” once her cognitive ability diminished beyond the frustration and anger that characterized her mid-stage dementia. She could still – maybe – recognize her daughter who visited regularly. Then one week she persistently didn’t want to get out of bed to go to the dining room. Her facility, though, insisted. After many months of firm demands by the daughter and lawyer son-in-law that she be allowed to stay in bed, she was. She ate virtually nothing and in a few weeks quietly expired. Her memorial, after years of little if any significant communication with most members of her family and her large circle of friends, just could not be what it would have been had she died several years earlier. Her life had this five year asterisk on it.

I don’t shrink from direct, accurate language about VSED: steadfastly refusing food and drink is hastening death, not merely accepting or embracing it. And since one cannot live without food and fluid, period, in any deliberate stopping of eating and drinking one is intentionally, and with certainty, causing death. If that is the informed decision of the person whose life it is, however, it is as ethically permissible and legally protected as any informed refusal of basic lifesaving care.[iii] When carried out via a valid and sufficiently clear advance directive (AD), stopping eating and drinking (SED) indeed gets more complicated ethically and legally, but done carefully, then too it can be within a person’s proper control over the end of life.

An AD for SED, if it can be implemented by a person’s designated health care agent, would lift the burden of having to initiate VSED preemptively. People who want not to survive into severe dementia but do not have Jeptha’s must-act-now attitude may find the strategy of SED by AD highly attractive, but one needs to recognize that such directives run into a strenuous objection. Often the person in severe dementia is reasonably content, not suffering or distressed. And despite a directive in which the person said that she should not be fed when she reaches her current advanced stage of dementia, she may now still want to eat and drink. Apparently she wants to live, and caregivers are called to attend to the person before them. She is no longer aware she wrote the AD, and if it is not followed, she will never know that it wasn’t. To her it will never matter, no?

The objection falls apart, though, when we understand what is involved in this person’s life, the life that is at stake. Even in severe dementia, that life – her life – is not just moments of life at the time. And obviously, it is not no one’s life, and not anyone else’s – it is hers. Who is that person? She is still the mother or spouse or sibling she is, and still the person who wrote the AD, not someone who never wrote one. She had all this previous stuff in her life that led her to have these convictions that her life would not go as well if she lived into years of severe dementia than if she died a bit earlier. That is a crucial part of her story.

Such attention to and respect for the whole person does not mean that the pull to attend to the “now-self” who is willing to eat simply dissolves, but it has to be put in perspective – the perspective of the person with her life. Respecting that life creates the strong pull to respect any non-coerced, knowledgeably written AD. If ADs can lead us to withhold lifesaving treatment in the circumstances stipulated by them, even when the person is not suffering, why should withholding food and water by mouth be any different? In either case, carrying out the AD protects the person’s life.

At the right time, a time of my choosing, death will protect my life.