Jason J. Smith is the President of The Completed Life Initiative. Jason was born and raised in Oklahoma and Texas and comes from a long line of hardworking farmers and ministers. He credits his loving and disciplined parents for helping him overcome congenital conditions—microtia and aural atresia, which left him with only one ear to hear with—to achieve his full potential.

After graduating from Yale, Jason clerked for Chief Judge Robert N. Chatigny of the United States District Court for the District of Connecticut. Jason thereafter joined Wiggin and Dana, where he started in the Litigation department and transitioned to Private Client Services. He then moved to Katten Muchin Rosenman’s New York office and two years later became a partner at the law firm of Meltzer, Lippe, Goldstein & Breitstone, where he successfully built a Trusts and Estates Litigation practice group over the course of three and a half years prior to founding the Firm.

Hard work, discipline, thoughtfulness, preparation, and “can-do” values are a part of Jason’s DNA. They explain how he becomes his clients’ “attorney for life” and continues as a go-to resource well past the initial engagement. Jason publishes and is becoming a sought-after speaker at conferences and professional meetings. His publications and lectures cover a variety of topics, including lessons learned from the estate plans (or lack thereof) of the rich and famous, tips for avoiding and/or defending will contests, Surrogate’s Court practice updates, advanced topics in fiduciary accounting, trust decanting, and ethical and practical tips for the modern trusts and estates practitioner.

Jason resides in Greenwich, Connecticut with his husband Dominick and their two children, Leo and Alice.

“Be brave enough to start a conversation that matters.” 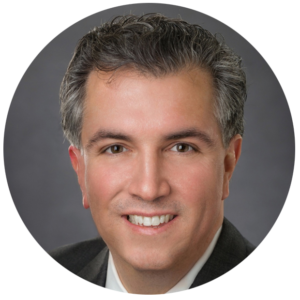 “Our country is founded on the fundamental notion that we as individuals are free to choose how to live their lives, and that necessarily includes the right to choose how we die. The prospect that someone with a terminal illness could be forced to suffer beyond measure is deeply painful for me. I have witnessed it firsthand with my late aunt Rachel. If my aunt had been able to die with dignity, she would have been able to complete her life while she still enjoyed it, when her suffering was much more manageable and had not reached the level where it pervaded every moment of her existence.”
Next Team Member
MEET OUR LEADERSHIP