Influenced by her cinephile father, Zoey has been producing audio and video content for as long as she can remember. This love only expanded with time as she took as many creative media classes as she could in high school, eventually entering college as a film major. While never entirely losing her love and passion for the arts, it became clear while at school that Zoey hadn’t properly engaged with her intellectual curiosity. So, in an effort to broaden her horizons, Zoey began taking a number of electives, including several Philosophy classes. It was in these courses that Zoey found some academic kinship. Realizing that many of her fellow students and the philosophers she was studying had experienced the same dread, confusion, and listlessness that she had felt from a very young age after her mother died at 43 from Ovarian Cancer. Zoey especially took to both Existentialism and Pragmatism, and considers her current ethical framework as a marriage of the two. She ended up changing her major, and graduated in 2019 from Ithaca College with a BA in Philosophy.

In her final years in school, Zoey continued to explore her creative interests outside of the classroom. She created the “Passion Project Podcast Network” as part of a student organization that still exists to this day. While running this network, Zoey co-produced over a dozen podcasts and supervised a team of over 20 people. Meanwhile, she was hosting and editing multiple shows of her own. This included ITHACONversations, a podcast about the creation, execution, and value of comic conventions, centered on ITHACON, the second-longest running comic book convention in North America. Zoey interviewed several people involved with the convention’s history, including the headlining guests of that year: the award-winning comic artists Walt and Louise Simonson. Zoey’s experience producing this podcast, along with her heavy involvement in the actual coordination of ITHACON in the same year, revitalized her desire to produce media content.

Post-grad, Zoey has continued to produce podcasts. Her most successful show to date is the Save Greendale Committee: a retrospective podcast on the cult television show Community. Through her podcast, Zoey has been able to meet and interview several significant people involved with the show, including cast member and Oscar-winning screenwriter Jim Rash.

Zoey’s close proximity to her mother’s death at an early age and her education in philosophy has given her a sense of comfort around the subject of death. She feels that through modern media such as podcasting, we can normalize the conversation around the end of our lives. Seeing how some members of her family have suffered at the end of their lives, and how others benefitted from services like hospice care, Zoey cares deeply about the rights and respect of the dying.

Zoey is originally from South Orange, New Jersey, but currently lives in Brooklyn.

“Freedom is what we do with what is done to us.” 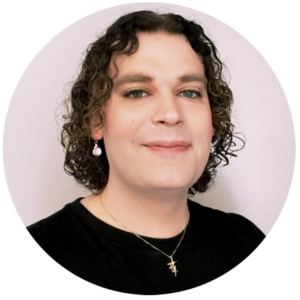 “As a trans woman, I know all too well what it can mean to have your bodily autonomy stripped from you. The notion of a ‘completed life’ is all about deciding what life means for yourself. The work that CLI does is for the benefit of everyone, no matter how close you are to death. Advocating for the right to end your life in the way you choose is advocating for a world in which our personal and medical decisions are not made for us at our own expense.”

Next Team Member
MEET OUR LEADERSHIP