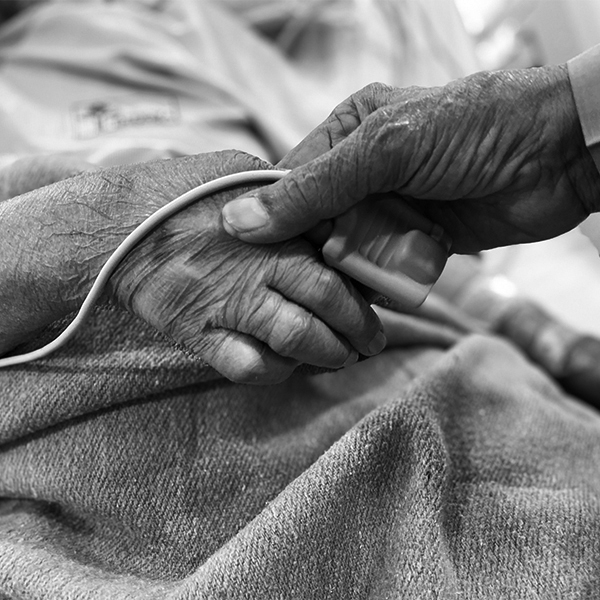 Posted at 08:13h in Journal by bishop

When dementia patients want to assert their autonomy, they often encounter the reaction that Susan Saran received: a categorical rejection of their right to refuse feeding while continuing to receive the residential care they need. While there are very specific legal obstacles to making medical aid in dying (MAID) available to residents of long-term care facilities, Voluntarily Stopping Eating and Drinking (VSED) is legally permissible across the country, leaving only the question of whether VSED must be made available through a proxy or agent via advance directive.

VSED is an intentional decision to forgo further oral intake of food and fluids with the goal of hastening one’s death. This choice is implemented despite the patient’s physical ability to continue to ingest food and fluids, and is distinct from the natural loss of appetite often seen when individuals are actively dying from a terminal illness. The decision to VSED is frequently made by those who have no good alternative to hasten their deaths in the face of suffering the experience as intolerable.

The clinical management of patients seeking VSED at the end of life is well established and widely supported. In order to make an informed choice to VSED, the following conditions must first be met. (1) The patient must be decisionally capable, which means s/he must be able to understand the consequences of this choice, the alternatives to it, indicate why s/he is making this choice, and have a realistic understanding of what the process entails. (2) The choice must be voluntary (uncoerced) and enduring. (3) The patient must be very determined to control the timing of her death, have social or family and care-giving support (which may increase to 24 hours per day) and have access to palliative or hospice medical oversight. [1]

Depending upon the patient’s pre-existing physical condition, and the extent and nature of the underlying disease, death usually occurs within days to weeks after all oral intake is stopped. Terminally ill patients who elect to VSED usually die within 10 days to two weeks. The cause of death is dehydration and is not associated with pain, although forgoing fluids can be challenging for many individuals. The sensation of a dry mouth can usually be relieved with good oral care and access to palliative nursing to manage any distressing symptoms.

The clinical challenges associated with this choice include the possibility that the patient will request food or, more likely, fluids as cognition and personal resolve diminish. This possibility should be anticipated prior to beginning VSED, and the patient’s desired response should be discussed with care-givers and family members. It is important to continue palliative medication to manage disease related-symptoms and minimize symptoms associated with fasting.

A decision to VSED is now well accepted by many health care providers, particularly hospice and palliative care clinicians, provided that the patient has decision-making capacity and makes a thoughtful and informed choice. There is no legal question as to whether an autonomous person may decide what is put into his or her body, although some clinicians (particularly those who do not routinely care for dying patients) may question the ethics of such a decision and the ability of clinicians to accurately assess the patients capacity to make a VSED decision.

Paul Appelbaum, illustrates the basic challenge in assessing capacity with a case vignette that is commonly seen by clinical ethicists:

A 75-year-old woman with type 2 diabetes mellitus and peripheral vascular disease is admitted with a gangrenous ulcer of the plantar aspect of her left foot. A surgical consultation results in a recommendation for a below-the-knee amputation, but the patient declines the procedure on the grounds that she has lived long enough and wants to die with her body intact. Her internist, who has known her for 15 years, is concerned that she has been increasingly confused over the past year and now appears to be depressed. How should her physician determine whether her decision is a competent one? [2]

To the extent that the patient described in the vignette can clearly communicate her decisions, understands the information about her condition, appreciates the consequences of her choices (especially the likelihood of death if she forgoes amputation), and can weigh the relative risks and benefits of the options, she should be considered competent to make a treatment decision. Given the life-and-death nature of her choice, however, a relatively high level of performance with respect to the relevant criteria should be required, and the use of a structured assessment instrument may be helpful. In light of the presence of depression and mild cognitive impairment or early dementia, psychiatric consultation should be considered, although these conditions do not preclude the patient’s ability to make a competent decision. [2]

Some may question whether providing information or care for a person who chooses to hasten death by forgoing all oral intake is assisting in their suicide. It is not. The ethical dilemma can be addressed by resorting to the law, recognizing that “every person of adult years and sound mind has the right to control what is done to their body” [3]. Clinicians have neither the responsibility nor the right to interfere in the actions of patients with decision-making capacity. It is well-established professional practice that individual clinicians are not required to act against their own strongly held moral or religious beliefs. However, it is also the case that clinicians are expected to inform their patients of all legally available end-of-life options and may not simply abandon the patient. In the face of strong moral conflict, a clinician who is opposed to a particular practice is expected, before withdrawing from the case, to transfer care of the patient to another clinician who will provide information and support for the patient’s legal options. [4]